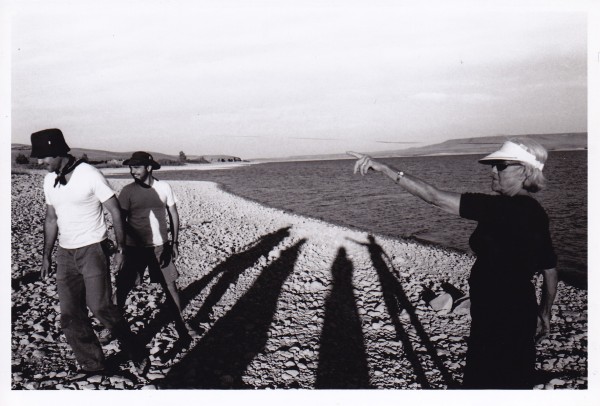 I just read the fantastic article on Polly Mellen that Nicolas Ghesquiere did in this months Interview magazine. It reminded me how much I learned from Ms. Mellen while assisting her during the last year that she worked at Allure Magazine. I always recall when she interviewed me for the position, she was leafing through my stylist portfolio and stopped to look at me and say, “Hellin, I don’t know if you know who I am but I have quite a reputation.” I looked at her smiling, not entirely knowing the scope of her history as I had recently graduated film school, not fashion school and replied, “Polly, I’ve heard all the stories, I’m not afraid of you.” She almost burst out laughing but held it in a tight lipped smirk and hired me that day. While I had only heard minimal stories about Polly I found her to be incredibly supportive of young talent in all its forms and that was one of the most valuable lessons I took away from that position. That and a respect for protocol, manners and hierarchy. Polly taught me that no one should be ignored and everything should be looked at, listened to and considered. She made me appreciate young designers and young talent and I took that with me to every position I ever held. I never pass up an opportunity to see something new and discover something amazing. She also appreciated me as a young talent, which I will always love her for. She was the first to look at my photography in this industry and tell me it was beautiful, encouraging me to pursue fashion photography. I miss her even though admittedly assisting her was not the easiest job in the world but worth every second and given the chance I would do it all over again and for longer than the year we had before she retired in 1999. She is an incredible force and visionary and there are very few voices like hers left in the fashion world so kudos to Interview for reminding us of that. And Polly, if I didn’t say it before, let me say now, THANK YOU SO MUCH.

Polly and me in the spring of 1999 on an Allure shoot with Carter Smith in Montana, below and on set for the same shoot, on location above. 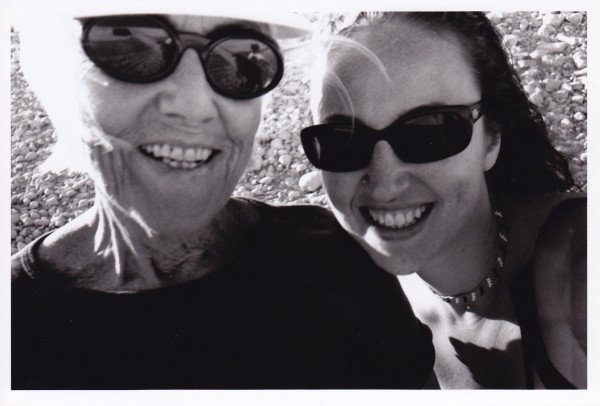