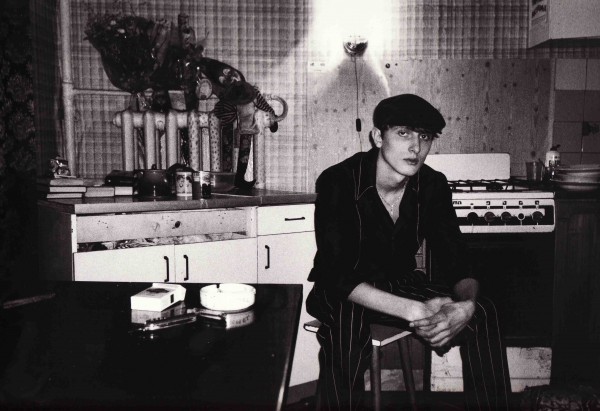 I love this photo from a shoot I did for Spoon Paris in 2001. I met Sasha during a casting for Spoon Men and photographed and styled him for a lot of magazines throughout my Moscow years including the Paris magazine French, Russian Harper’s Bazaar, iD London and Russian Playboy (in a men’s fashion shoot). He even appeared in an issue of Conde Nast Traveller when Marc Connolly and Lauren Goodman came to do a shoot in 2003 and needed a cute Russian guy in some of the shots. Ok, fine we also dated on and off for a few years. A lot of editors and photographers who went to Russia to shoot fashion at the time would ask for my team and local contacts and Sasha was always first on my list. I think he is wearing Comme Des Garcons pants if I remember right. I used to drag (without assistants) several huge duffle bags filled with clothing samples from showrooms in NYC and Paris on these trips to Moscow where I would photograph and style usually 2-3 shoots per trip. For some reason I never really got harassed by customs when arriving in Moscow. I would give them my most irritated face and tell them in clean Russian that I was a student and because I was ‘a girl’, they bought it.

This entry was posted in Uncategorized and tagged Photographed and Styled by Hellin Kay, Sasha for Spoon, Spoon Paris. Bookmark the permalink.