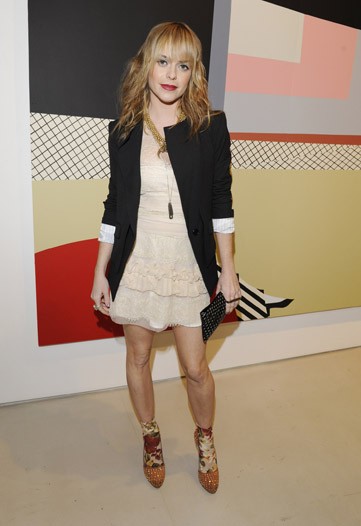 As usual, I’ve been having a blast styling Taryn Manning. She and I both have a passion for clothes and playing dress up. During Oscars weekend, which now feels ages ago, we went to a bunch of events including Clare Rojas‘ gallery opening at Prism followed by the Rolling Stone magazine party, to which Taryn wore the girly lace BCBG Max Azria dress and blazer above with a vintage Valerj Pobega skull necklace to give it some edge, a studded CC Skye clutch and of course the Celeste Stein socks and Brian Atwood heels which caused such a ruckus. She also wore a Kathy Kemp trench coat over all of it that I am obsessed with (I love this photo of the two of us too). 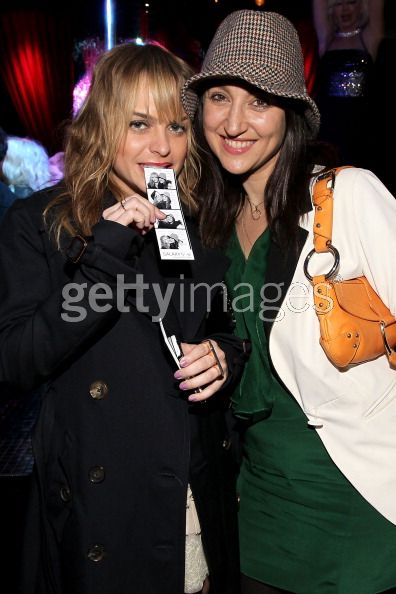 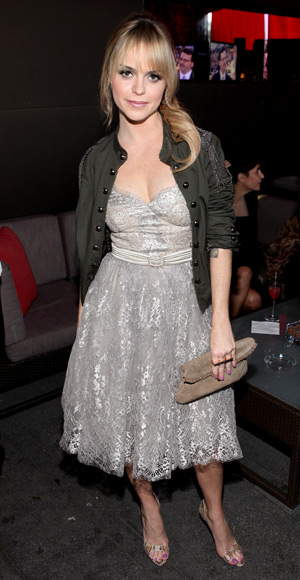 The night of the Oscars we spent at the InStyle viewing party where Taryn wore a gorgeous Collette Dinnigan dress beneath a military jacket from a really cute contemporary line called Supertrash. That Combined with the snakeskin Brian Atwood pumps and Helena de Natalio clutch was the perfect answer to a night of glamour in a casual setting like BOA (which of course was turned into the best Oscars Viewing party of the night by the InStyle gals). 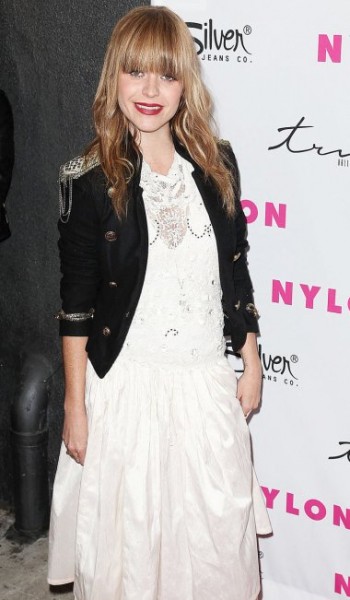 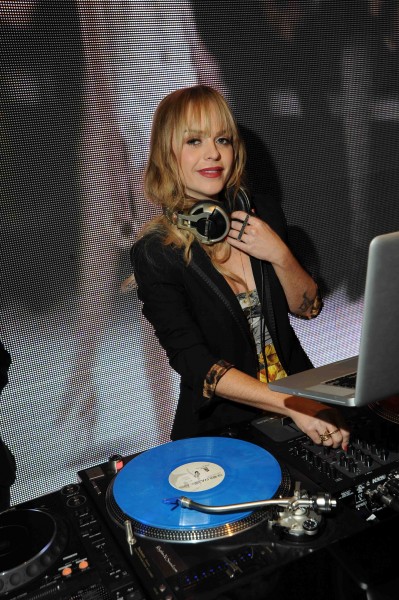 And last Thursday after spinning at the Dolce Gabbana event (wearing Dolce of course) Taryn also rocked Nylon‘s 12th Anniversary party in a Rachel Cassar eco-friendly lace and Swarovski beaded dress worn with a Flirt jacket on top. Yes, there is a theme going on here with blazers and dresses which I will never tire of. I think it adds edge or sophistication depending on the jacket and the occasion.

Today we are off to shoot Taryn’s music video for one of the new songs off her upcoming album which is full of killer dance tunes that I’ve been obsessively playing in my car for weeks now. Stay tuned for pictures from the set of “Turn It Up” and the video itself…