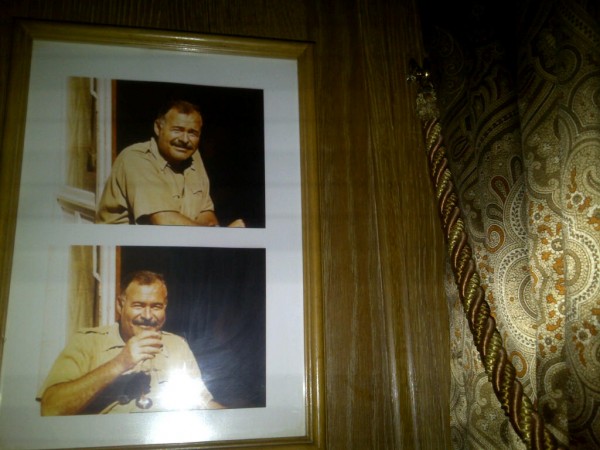 I can’t remember what year I discovered The Hemingway Bar at the back of The Ritz but I’m guessing by 2000, on my 2nd trip? It’s still the best, most extravagant place for a drink, even in Paris. Aside from an association with one of the most amazing and intriguing writers of the 20th century as well as Princess Di and an unparalleled romantic period in both French and American history, The Hemingway Bar really does have the best drinks this side of the Seine even if they do start at 30 Euros (and go all the way up to 1250 Euros for a Side Car). Whatever, it’s Paris and worth it. I love the cantaloupe infused Melancholy Baby drink. Don’t you dare order something as boring as a Chivas on the rocks like the Texan next to us who had no idea you could have a 100-year-old scotch for 1250 Euros or the “best Bloody Mary in the world” for 70 Euros. There are less than a dozen tables in the place and on a good night you can sit next to anyone from Kate Moss to Whitney Houston to the old guy from Texas who just took the train in from London where he sold his shares of an oil company for many millions.