To Read and Browse in LA 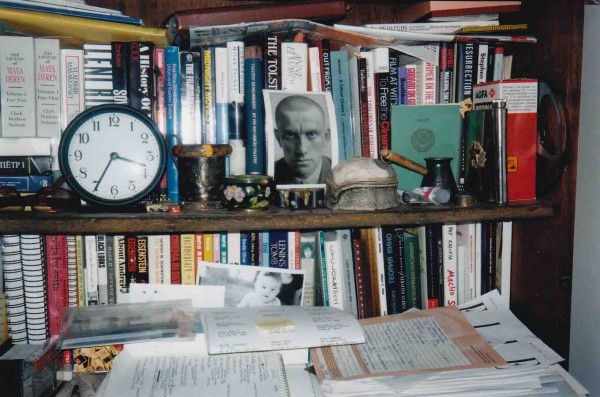 My mom once told me that my father used to spend hours in the book stores of Moscow and drag me along with him when I was a child. I like to think I take after him in that regard. Before I moved to New York City full time I used to come down from Bard in my late teens for a day in the city and discovered the most wonderful place on earth: The Strand bookstore. I rarely bought a book elsewhere for the next fifteen years. Not only did they have brand new review copies at half off (which they now do online as well) but they also had thousands of classic books at insanely low prices, as well as the newest and most amazing art books. My place in New York is literally lined with thousands of books bought at The Strand. Plus there was something romantic and very old school NYC about spending hours wandering through dusty aisles of books that I could never get enough of. I’ve done it on every continent, every city I’ve gone to since, and always with the hope of finding some long lost treasure I haven’t seen or read yet. When I first started spending time in LA for work one of the first things I did was sleuth about for the local used bookstores. I was horrified to find almost none exist in LA with the exception of Alias Books around the corner from the NuArt Theatre. Alias has been buying, selling and trading books since 1959 and has a great variety of used and rare books on every subject with an emphasis on art, literature and academics. There is also a small used bookstore on Venice Boulevard that has a variety of classics and interesting titles.

Sadly the art of book selling is slowly on the decline. I don’t need to point out the obvious causes of having so much to read online combined with a generation that seems to read less and less books to begin with. So it was a nice surprise to find there was something I missed in the book world of Los Angeles. My heart skipped a beat when I walked in to Arcana Books On The Arts in Santa Monica. I got to walk in through the back storage area, a beautiful dusty place filled with rows and boxes of yet undiscovered treasures. The shelves are lined with every art book in print and out of print you can think of, signed and rare, anything you can possibly imagine. It is a symphony of images, words and collectibles with an inventory of over 100,000 books.

Lee Kaplan who opened the bookstore during the 1984 LA Summer Olympics in a one-bedroom courtyard apartment on Westwood Boulevard around the corner from The Apple Pan had a background in retail from having worked for six years at the original Rhino Records store. He decided to “try to apply what I had learned with records to books in the hopes of creating a unique store devoted to books and catalogues on art, photography, architecture, design and fashion.” In less than three years he had to move to a larger location in Santa Monica where they stayed until 1989 when the redevelopment of the promenade pushed them across the street to their present location where they have been ever since, going on their twenty first year. The store stocks with an emphasis on the unusual and hard to find with specialized sections on 20th Century Fashion and fashion photography, African and African-American Art and artists, Graffiti and Urban Art, and Tattooing, to mention a few.