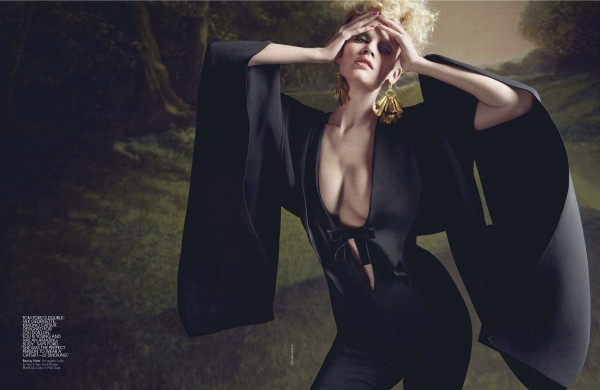 The January issue of W has a feature spread on Tom Ford‘s new women’s line which he showed to a select number of press back in September in New York. The clothes were presented at a very private hush hush presentation, 32 looks on each of the 32 superwomen for whom he created them, without photographers or any press running the following day. A few magazines were allowed to shoot the clothes for their January issues and onward, just in time for the proper seasons (well, almost proper… the seasons as they apply to the fashion world). Regardless, I was a fan of the move and still am. Classic brilliant marketing and straight up listening to ones own voice rather than the hyper chatter all around.