Tom Ford Is A Genius. 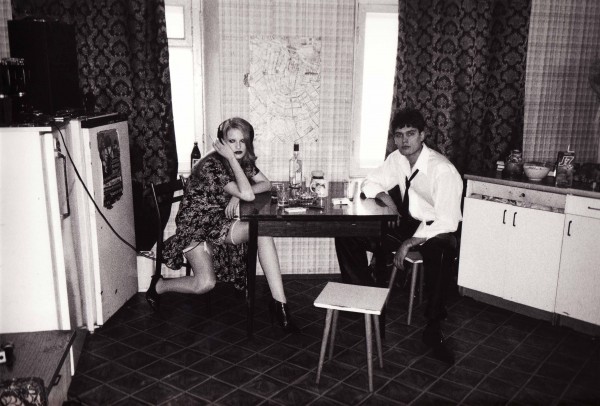 Tom Ford is a genius. But that’s not news. I have always loved and respected what he’s done with clothing design, art direction, branding and marketing. I also knew from the start that given all that, he would make a brilliant film director.

Nothing defines a true artist more than setting ones own boundaries and not accepting other people’s rules for oneself while knowing instinctively and fearlessly what direction to go in and making it a success time and time again. Tom Ford is all that. Therefore it goes without saying he is the only one to save us from what we have become.

I love fashion. It took me years to fully own and admit it. Some rebellious part of me fought it for too long. That said, I do not always agree with what fashion has become and how it has been redefined in the last several years. I have also said it before and agree wholeheartedly that exclusivity can be a good thing. While I appreciate the monetary and economic value of democratizing fashion it goes against every principal of the idea of real high-end fashion to be available for the masses. I don’t care how un-PC that is. Fashion is exclusive by nature. That is what makes it fun. Luxury is aspirational. That is the point. And we are going against that by allowing anyone and everyone to think that with just any haphazard idea they can produce collections, take photos, style shoots, and yes, blog about it in the morning. Isn’t that what Socrates called tyranny of the majority?

I want mystery. I want surprises and something to look forward to. It was bad enough when MTV sped up our cultural processing time and gave birth to films like Natural Born Killers where you couldn’t keep up with the story much less the editing or pace itself. I want things to slow down. To have a graceful thought out process. I want slow burning desire back.

Tom Ford is going to do it. Be an artist, be a brilliant businessman, and do what you want. That is what makes fashion fun. That is what makes it sexy and most importantly, desirable. We are lacking in all of the above. Thank God someone had the balls to say it and do it.

The collection he showed last night wasn’t photographed for everyone, wasn’t on Style.com and wasn’t available to the press or every fourteen year old blogger this side of Mississippi. It will be available for celebrities to wear in December and for press in January. And something else to look forward to: Tom Ford is opening his first namesake boutique in LA in February 2011 just in time for the Oscars. We are back in business.

Dancing with friends at Tom Ford’s post show after party on the runway for his last collection in Milan, March 2004, Above

1 Response to Tom Ford Is A Genius.