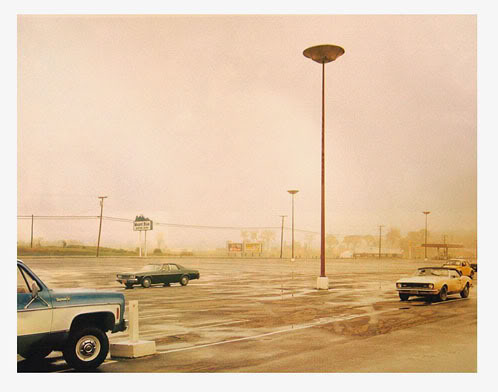 The Aspen Art Museum is showing recent work from Stephen Shore during this week’s Art Aspen fair in Aspen Colorado. Stephen was (and still is) the head of the Bard photo department while I was a film student there. I signed up and was accepted to three of his classes, three semesters in a row and at the start of every semester I had to go to him to drop the class because there was no way I could afford to do both film AND photo classes (the supplies were through the roof before digital came along). I love Stephen and his work and it still bums me out that I never got a chance to study with him. He is one of the most important photographers alive. I heard that Stephen is Andreas Gursky’s inspiration which you can totally see in Gursky‘s work. He is certainly one of mine. His photographs are like paintings and he preceded Juergen Teller and Terry Richardson in shooting every day life and objects in a quietly quirky way. He also documented the Velvet Underground and Andy Warhol in the 60’s. I still can’t believe I missed that opportunity to be in one of his classes.