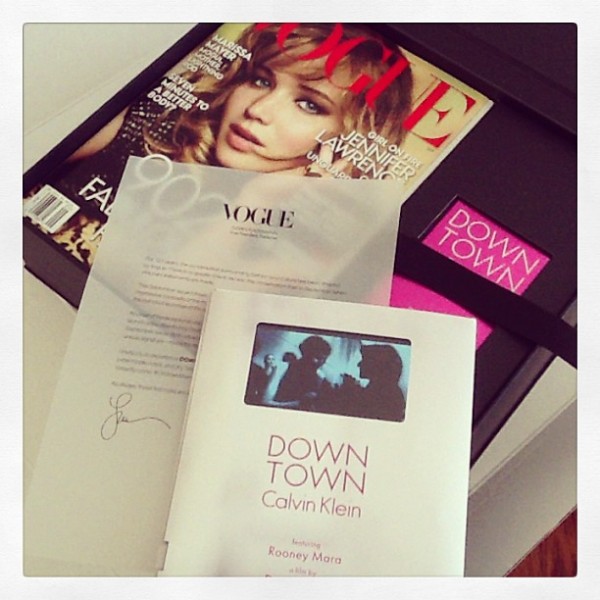 Remember the scene in “Clueless” where Cher’s scary lawyer dad says, “Honey, I couldn’t be prouder of you than if they were based on real grades!” in response to her negotiating skills on her report card? Well, that’s how I feel about great marketing campaigns. They are brilliant and as good as some of my favorite films. I got a package in the mail today from Vogue (that sentence itself is beautiful, right?) with the new marketing campaign for Calvin Klein’s latest fragrance Downtown and a short film directed by David Fincher starring Rooney Mara with a soundtrack from the Yeah Yeah Yeahs. It’s beautiful. Watch the film below. And smell the new parfum at a store nearby (when will they invent scratch and sniff blogs??) And yes, the September issue is as good as it looks. The Jennifer Lawrence interview is a great read. Check out the shoot I did with J.Law back in 2009, below as well. 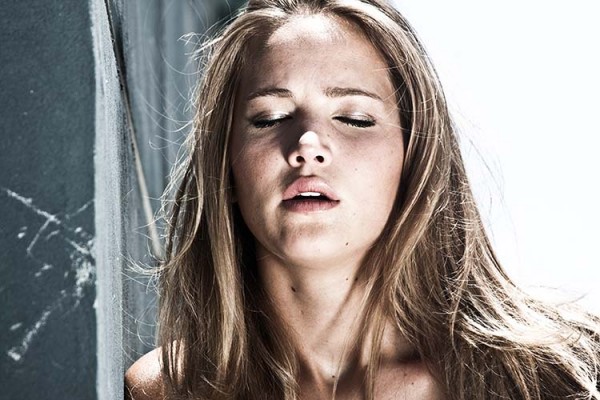 Rooney Mara’s latest film, “Ain’t Them Bodies Saints,” opened last week as well. I saw and loved it at Sundance in January, it’s a great film and she looks gorgeous in it!