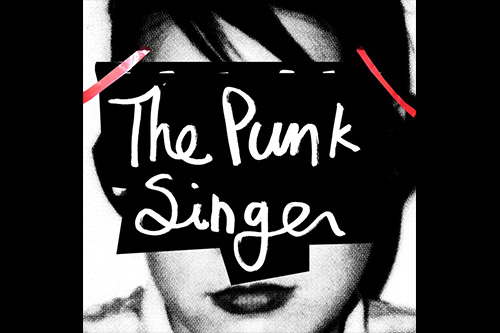 Vogue published a great profile by Sara Corbett on Masha Alyokhina and Nadya Tolokonnikova of Pussy Riot in their July issue. It’s a long article that doesn’t pussy foot around the issues (no pun intended) and really makes me nostalgic for the time when I had their drive and conviction for changing the world. Their spirit was only strengthened by their 22 months in Russia’s horrible prisons, which double as work camps of the worst kind. I am in awe and just as worried as everyone around them for their safety, so am thrilled Vogue is shedding further light on what they are fighting for, which sadly are timeless issues in Russia. Dictatorships, oppression and awful human rights violations are just par for the course, whether it’s called the Soviet Union or not is irrelevant. I wish other young Russian women in the spotlight, the fashion bloggers and designers, had the courage to speak out like these girls but I know that will likely never happen mostly because they simply don’t see those issues or the system in the same way. It’s rare the two worlds would collide in Russia or anywhere (perhaps an event in LA?) Nadya sums up perfectly what happens in our world when she says, “Well, there have been a lot of mini-hamburgers…” I laughed for five minutes. Preach sister.

Speaking of kick ass girls who say lots of F words fearlessly, I finally saw Sini Anderson’s fantastic documentary on Kathleen Hannah, The Punk Singer on Netflix. I remember the Riot Grrrl times like they were yesterday. In the early 90s I was still in high school and had begun going to political rallies in DC my freshman year. By senior year I was getting arrested in front of the White House (mom was super happy about this period in my life), which I like to joke makes me the only Vogue fashion editor who has sat 2nd (not first) row at Gucci in Milan AND been arrested in front of the White House (peaceful protest, of course, and there is footage on CNN somewhere to prove it). I was at the first Fugazi and what was then billed as the last Positive Force show with Government Issue in DC in 1989 and spent my high school years going to protests in between seeing hardcore bands and organizing punk shows whose proceeds went to the political groups we believed in. I saw Bikini Kill and Le Tigre play at some point in the mid-90’s but I can’t remember when exactly, though I want to say Bikini Kill was in NYC and Le Tigre I think played Bard in 94 or 95? The memoirs will be hazy.

By 1995 I was at the tail end of my actively political days; I had stopped going to rallies and protesting but never ceased feeling skeptical about the state of the world and the issues that affect women on a daily basis. The sexism and abuse that happens regularly, which we often brush off because we are not only accustomed to it but there doesn’t seem to be much we can do and as we get older we realize there is even less tolerance for an angry woman with an opinion then an angry young girl with one. Both will be called a “bitch” at one point or another. I hadn’t thought about Kathleen Hannah in years because she did disappear rather quickly, which the documentary explains in a shocking twist. But the highlight of the film is a reminder of just how much Kathleen and the other band members did to bring attention to what happens to girls and women and not just in the music scene but in their family lives and every day BS. Kathleen says a lot of poignant things and one of my favorites was quietly piercing: “When a man tells the truth it’s the truth. When as a woman I go to tell the truth I have to negotiate how I’m perceived.” Kathleen Hannah nails it once again. Guys looking for a male role model should also pay attention to Adam Horovitz, who has been married to Kathleen for years. He is extraordinary. I love their beautiful romance.

Taryn Simon’s portrait of Masha and Nadya from the July issue of Vogue is below. They just started a new twitter account as @pussyrrriot which I can only assume is a minor tribute to Riot Grrrls everywhere. I’m saving my political protest stories for the book I’ve been working on. Trailer for The Punk Singer and Pussy Riot: A Punk Prayer, a documentary I saw at Sundance last year are below. 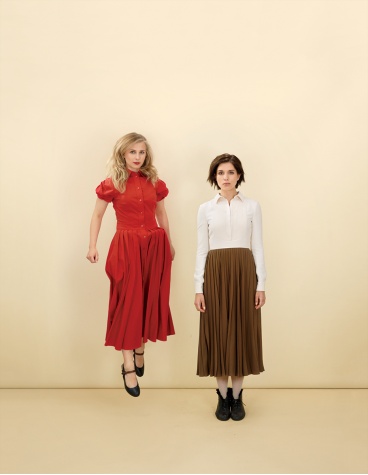