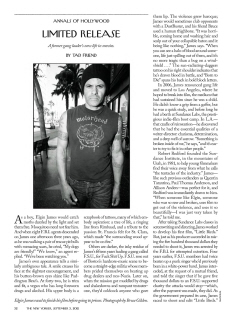 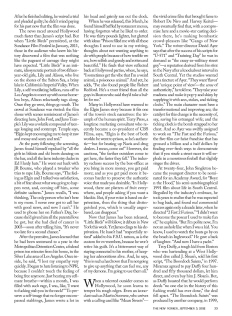 When I fell in love with Elgin James’ first feature “Little Birds” at Sundance in 2011 I had no idea about his background. There’s a beautiful profile on him in the September 3rd issue of The New Yorker (I read it only yesterday thanks to jury duty and a long standing, never ending addiction to magazine subscriptions that has my bedside stack growing at a rate impossible to keep up with…) He sounds like some of the guys I knew during high school in the midst of my punk days in Baltimore and DC, though the ones I knew were much less violent than James’ circle at the time. I know I go on and on about that period but that’s because it was an influential part of my life, which helped shape me, giving me a positive sense of cynicism about the world. It allowed me to witness the lowest people can go and the highest potential in all of us. It also gave me a creative aesthetic edge because, although I didn’t know it at the time, being exposed to all that punk music, art and way of dressing, mixing, matching, scouring Goodwill bins for fashion finds (before it was “vintage” it was Goodwill), I learned at a young age to sense which way to go from instinct, in both life and in fashion and not worry about what other people thought of where I was going and what I was doing. In an ironic twist that was sometimes hard to understand for my mother, being part of the punk music scene gave me an incomparable sense of direction, even if at times it felt as though I was walking in the opposite direction from everyone around me. There’s a great and often used notion Tad Friend writes about in his profile of James that sums up the conflict of success in any creative business: “The industry reckons success by the box-office: as you bring in more money, you get paid more; and as you get paid more it becomes harder to preserve the authentic voice that made you desirable.” I think that’s why so many creative people have a subconscious desire to self-sabotage. There’s an implied undertone of that fear in the profile but one that I hope will never come to fruition in James’ case because I can’t wait to see what he does next.